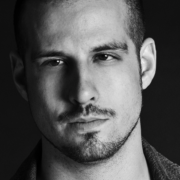 - DoP (Director of Photography)
I already made a shotlist which would have to be followed. Your job would be to coordinate the camera operators and light to film the shots that are on that list. Maybe you have some ideas too. We definitely will have to sit together and talk about it.

- Chief Light Technitian
We have two Panels extremely bright panels, but if you have better light, you're welcome to use that. Otherwise you can use our lights. We also have a fog machine and will partially work with that too.

- Various PA's and helpers
You would work with the reflectors to reflect the sunlight onto the faces of the actors, and to use the fog machine when needed. Or to assist the camera operators and director.

This project sadly is a no budget, however will have high publicity like our last project. The movie should be approximately 90 mins and will be in english.
Most of the scenes will be in Bern, because I know some locations in Bern since we live here. But if there are locations somewhere else in Switzerland, we'll film there. Whereever are the best locations, that's where we'll be.

There are a few dates we know when we'll be filming on, the rest will be in July, August and maybe some days in September, mainly on the week ends.
Fix dates: June 11th, 12th, 18th and 19th.
for the scenes in the house we will look to get one to film at and stay there and film throughout 4 or 5 days consecutive. Will be in July and will be from Wednesday or Thursday throughout until Monday. I don't know the dates yet, but I first want to have the whole crew together and then we decide when we'll film.

Send us your contact info and if you have a showreel or something you've filmed unter info@lightflashproductions.com

Looking forwards to hearing from you,