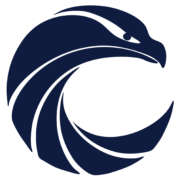 Paradise Lost is the fourth feature film from writer/director Luis Ventura (Showreel). This privately-financed microbudget project is scheduled to go into production for six weeks in September and October of 2022 in Switzerland, France and Italy.

We are a small and passionate production crew with a bold vision looking for equally passionate cast and crew members to join us on this adventure.

A guilt-ridden assassin, looking to leave the morally bankrupt world of espionage behind, is forced to complete one last mission in the south of France. Tasked to hunt down and bring back her former team Solene finds herself dropped down the rabbit hole of a global conspiracy as she embarks on a mind-bending quest where friend turns to foe and her chance for atonement deteriorate with every step.

Solene is an intelligence agent based in the south of France where she excels at her job through professionalism and meticulous discipline. She’s forged a strong bond with her teammates Jack and Eden and trusts them implicitly. When cynicism and guilt start creeping into her thoughts culminating in a nightmare induced insomnia Solene makes the decision to leave the world of espionage behind.

Solene’s suave teammate with a penchant for doing the right thing at the right time. While he masks his emotions with bravado and machismo his loyalty to his team is never in question.

Richter is the well established and well connected supervisor to Solene and her team. A seasoned intelligence officer based in Europe, Richter prides himself in being one step ahead fools justifies the despicable elements of his job in service of the greater good.

We're looking forward to hearing from you ;)