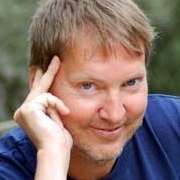 Asian actress (lead) for *Signs from Beyond*

Looking for Asian actress for the low-budget short movie. *Signs from Beyond*
A Mystery short movie in the tradition of *A Tale of Two Sisters* featuring Japanese elements.

Logline:
When a woman unravels strange signs by the means of her father's mysterious
wooden box, she finds a way to talk to her deceased twin sister. But when she

tries to drag her back from the beyond a demon hag threatens both lives.

Role:
SUMI & HARUKA, playing a double role (twin sisters).
This is a great chance for an actress to own the frame. The outcome of this
movie rests on the shoulders of that single actor who needs the skill to
express a wide range of emotions within the time, space, and narrative
limits of the contained scene.