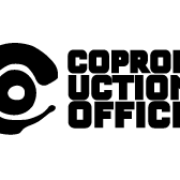 We are looking for a future colleague starting as a film production intern to complete our team of twenty people, with the possibility for the internship to later develop into a position as a project coordinator and/or junior producer at Coproduction Office.

You are globally minded, have organizational skills, have an interest in art-house cinema, and have an excellent command of both French and German languages. You will work in a dynamic and international environment and will be performing financial and coordination tasks together with our producer Marina Perales (Paris), our CFO Riccardo Molteni (Paris) and our founder Philippe Bober (Berlin and Paris). Our current projects and productions are the upcoming films by Jessica Hausner, Susanne Heinrich, Ruben Östlund and Ulrich Seidl. These films are at different stages of realisation, from the early development stage, to financing, production, post-production, festival premiere or distribution via our sales branch. You will thus be able to assist our producers and our CFO over the entire creation process of a film. You will also get an insight into the film financing of these films in the countries where the company is active, France, Germany, UK and Denmark, which will provide you with good foundational knowledge of the process of financing and producing art-house cinema in Europe.

Based in Paris and Berlin, Coproduction Office is an international distributor and producer of bold, award-winning films. Coproduction Office's CEO and founder Philippe Bober has produced thirty-two films to date, working with prominent ground-breaking directors* from early on in their careers. The majority of these films were selected for the main competitions in Cannes, Venice and Berlin, where they have received many major prizes, most notably the Venice Golden Lion in 2014 for Roy Andersson’s A PIGEON SAT ON A BRANCH REFLECTING ON EXISTENCE, and the Palme d’Or in 2017 for THE SQUARE by Ruben Östlund.

Coproduction Office's international sales division distributes a catalogue composed of films produced by Philippe Bober as well as acquired titles and restored classics, including Roberto Rossellini’s key films. The catalogue is unique for its artistic strength, with films that have an individual and distinctive cinematic language, and often daring content.

The number of staff has tripled in the past four years and Coproduction Office continues to grow as it diversifies its activities (which include a cinema and gastronomy project in Berlin, and increasing its restoration of heritage works). At the forefront of arthouse cinema in Europe, Coproduction Office is an international, dynamic, and motivational workplace which offers its employees support, responsibility, and career progression. At Coproduction Office you will have the opportunity to work closely with films by some of Europe’s most exciting and accomplished directors.

You will assist our producers and our CFO over the entire creation process of a film (from the earliest development stage, to financing, production, post-production, festival premiere and the distribution via our sales branch) on our current projects and productions by Ruben Östlund, Ulrich Seidl, Jessica Hausner, and Susanne Heinrich.

YOUR ROLE WILL INCLUDE:
• Researching for prospective finance, casting, coproducers...
• Collaborating in the creation of both content and visual presentations for funding applications.
• Coordinating funding applications and following up with funds, financers, projects, banks and clients as well as performing other financial and coordination tasks.
• Assisting producers with research and coordination tasks during the different phases of the production process, script development, locations, casting...
• Monitoring and keeping an overview of film cashflow and budgets together with our CFO and our executive producers, and preparing cost reports.
• Participating in test screenings of our upcoming films, and contributing to the initial marketing plans

YOU ARE:
• A native or fully fluent French and German-speaker with an excellent command of both languages
• Capable of interacting with professionals across different sectors: film industry, public sector, finance and accounting
• Able to demonstrate previous experience in the film industry
• Precise, accountable and motivated, with attention to detail and meeting deadlines
• Flexible, problem solver with a proactive skill set
• Proficient with Excel, able to manage budgets, you have a “head for numbers” and have an interest in finance/accounting (any legal training is a plus)
• Computer savvy and proficient in cloud-based applications and virtual workspaces

YOU WILL:
• Have the possibility of employment at the end of the internship and the opportunity to grow within the company (the company’s current managers started as interns).
• Gain an insight into different aspects of the company (management, production and sales).
• Work in an international and multi-lingual environment, in a friendly and motivational atmosphere with engaged colleagues who bring commitment and camaraderie to their work.
• Obtain valuable experience from working with producers as well as with our founder Philippe Bober on the production of unique films.
• Experience up close how some of Europe’s most original and accomplished directors approach their work.
• Gain an insight into the financing of these films in the countries where the company is active, France, Germany, UK and Denmark, which will provide you with good foundational knowledge of the process of financing and producing art-house cinema in Europe.

We look forward to receiving your full application with a cover letter in English at staff@coproductionoffice.eu (NB Applications without cover letter will not be considered). Please also indicate where you saw this post.